Post-9/11, the War on Terror had outlived its usefulness.
The minds behind the think tanks that drive America’s interventionist foreign policy decided that the U.S. needed a new enemy, so they chose an old one — Russia.

Cheney and Rumsfeld were ubiquitous in the news media as they took every available opportunity to market to America an aggressive preemptive war policy. But from where did their ideas originate? The answer is a tightly knit and eminently well placed group of neoconservative thought leaders, chief among them Wolfowitz, Bill Kristol and Robert Kagan. Part 1 begins in the panicked weeks after 9/11, as Kagan et al. seized upon the hysteria surrounding the anthrax letter attacks to further shape America’s perception of reality, planting the seeds for endless future military engagements. George W. Bush may have been understandably perceived as an idiot, but watching these wonks and academics drive the ideological engine for his administration belies a much more sophisticated strategy at play.

A Very Heavy Agenda Part 1 : A Catalyzing Event from Robert Martin on Vimeo.

Part 2: How We Learned to Stop Worrying and Love The New Neocons

After the Cold War, the US-NATO reach expanded significantly to take in most of the old Soviet Union clients in the Warsaw pact. Neoconservative darling Robert Kagan and his diplomat wife Victoria Nuland played key roles inside and out of various administrations and think tanks as they greased the skids for a US-sponsored coup in Ukraine. Part 2 shows the resurrection of old cold warriors from beltway depths to deliver blatant propaganda with techniques reminiscent of a red scare era that had only just faded from memory. US-funded outfits like Radio Free Liberty are pitted against Russia’s RT as each nation accuses the other of waging an ever more desperate and transparent “Information War”.

A Very Heavy Agenda Part 2: How We Learned To Stop Worrying and Love the New Neocons from Robert Martin on Vimeo.

While stage managing the American empire has undoubtedly proved to be a more difficult task now than in the bipolar world of the cold war era, it is not for lack of greed or hubris that the Kagans and others continue to sell their vision. Did they create these ideas because they truly believe in America’s right to be the dominant force in the world? Or, do these ideas help sell weapons and control resources like oil and rare minerals? Part 3 shows interview footage of an obscure PNAC member (Thomas Donnelly) taking credit for the ominous “New Pearl Harbor” phrasing in the notorious ‘Rebuilding America’s Defenses’ document. But the evidence shows the genesis of the concept to be patriarch Don Kagan, in conjunction with his son Fred, in prior op-eds that call for ‘a catalyzing event’. Other newly sourced footage shows the pair advocating for a US military ground invasion of Palestine on September 12th, 2001 and displaying an unnerving prescience about the 9/11 attacks themselves. When you take stock of the mindset of people who not only have access to the nexuses of power, but who trade in forming and widely disseminating arguments that justify bringing America closer to a potential nuclear confrontation with Russia, it shows something more plainly Machiavellian at work, with an aim ultimately much more sinister than simply spin. 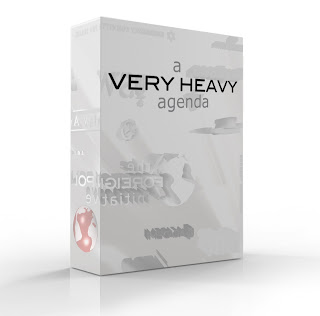